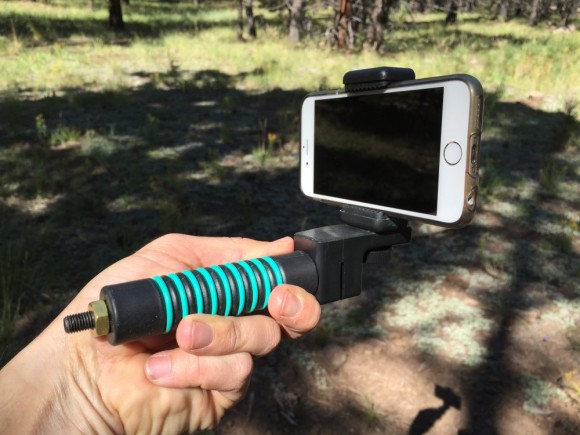 I recently received the High Point Archery Stabilizer Camera Mount and wanted to give it a try and share my thoughts about it with all of you. Self-filming hunts is becoming very common today and with action cameras like the GoPro and Garmin VIRB and with decent high-definition cameras on smartphones, a decent and versatile stabilizer mount solution only makes sense. While I was out on my archery Elk hunt this past week, I gave the camera mount a try.

The stabilizer mount comes with three pieces: the stabilizer, phone mounting clamp, and camera base. You will only use 2 of the 3 pieces – the stabilizer and one of the mounts, depending on the camera you are using. This is a universal mount that should work with any model of camera. 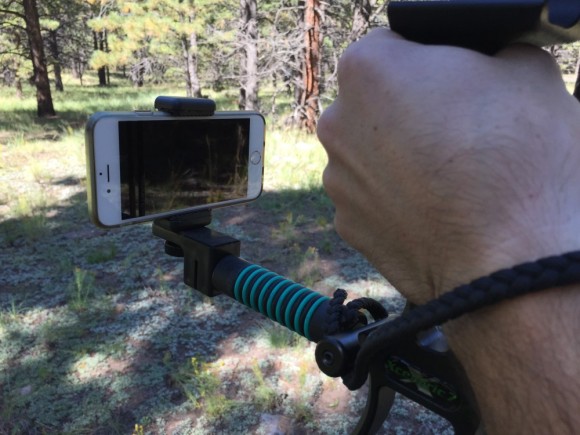 The first thing I noticed is that it is short. I use a 9-inch stabilizer on my bow so the short length concerned me. However, I was pleased to see that with mounting my iPhone 6 to the end the weight and balance was similar enough that I was able to shoot the bow and have a similar feel to how it usually shoots.

I used my phone and liked the ease of adjustability on the fly. I could move the phone side to side to get the right view. It was also easy to use the controls of the camera itself since the stabilizer was short. Also, using my phone allowed me to take advantage of both cameras while shooting. Here is a quick video to show the versatility of the camera mount:

Ultimately, I like this camera mount and will hopefully capture some action during my whitetail hunt this fall. The stabilizer is $45 directly from High Point Archery and they also have quite a few other reasonably price accessories for your upcoming hunt. If you are interested in this mount or any other products from High Point Archery, check them out at hparchery.com