Overcoming Doubt Allowed for this Outcome.

What is a defining moment? Per dictionary.com it is defined as; a point at which the essential nature or character of a person, group, etc., is revealed or identified. I’m sure that you have all had several over the course of your life and hopefully they have all been positive moments.  For the purpose of this website I am going to focus on the hunting aspect rather than some of the other opportunities that character could be displayed. There are an infinite number experiences that could be construed as a defining moment including your reaction after killing your first buck or bull, that time you gave up the prime spot so your buddy could kill a giant and then you also gave up your afternoon hunt helping track and drag out that giant, the time you stopped to help someone which in turn caused you to be late getting to your hunting spot and you blew out all the deer on your way in, etc.

In this article I would like to share with you a personal defining moment. This moment was one that my own disposition was revealed to myself.  We had backpacked several miles into a wilderness area in the Rockies to hunt elk.  There were four of us and the chemistry between us was binding.  We hunted hard together and knew that either of us would do anything for the other.  That is a good and reassuring feeling when miles from anything but trees and mountains.  The hunt had gone well and I was fortunate enough to be the first to tag out.  As a group we worked very efficiently and had my elk back to camp by lunch the follow day.  I spent the afternoon relaxing and even took the time to wash off in the creek near camp.  Two members had gone North from camp to hunt for the evening while the third headed West to a meadow that showed promise. 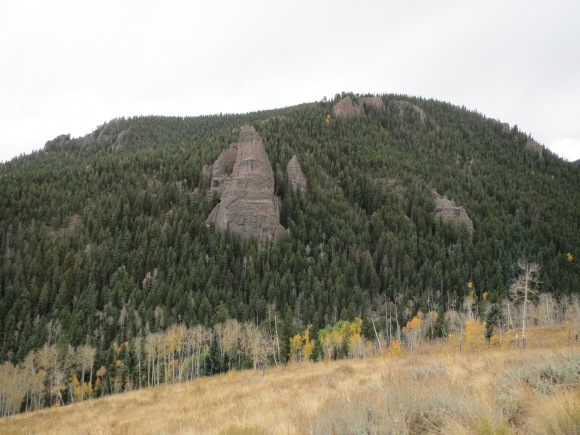 The Meadow Previously Mentioned Lies at the Top of this Mountain.

As dusk was setting in and I was preparing to get the campfire going a shot rang out. Without hesitation I gathered my gear and waited for word that it was indeed a campmate.  My assumption was accurate and the radio call confirmed my call to action.  Up to this point nothing stood out as an exceptional act but as I began the first ascent from camp what was a beautiful afternoon turned to night.  I came under the realization that I was alone, in the unfamiliar mountains, in the dark, and not really sure of my partner’s location.  Panic nearly set in as I began descending that first ridge in hopes the next climb would bring me to the downed bull and comfort of companionship.   Where was I?  Was I heading in the right direction? Could I even turn around now and find my way back to camp?  The anxiety began to build and the doubts settled in.  I had a map and GPS so I felt prepared for the situation, but was I really?  Then it kicked in.  I decided that I would have faith in my equipment and abilities.  I could do this.  Whether I really felt comfortable or not didn’t matter at this point.  My partner was alone too, with a 800 lb animal on top of the mountain and needed my help.  He would do the same for me and owed it to him.  I pushed my fears aside and used my skills and confidence (what little I had mustered anyway) to continue on.  No way was I going to let him down.  I was double timing it up the mountain when his GPS coordinates came across the radio.  I punched them into my GPS and low and behold I was indeed heading towards my friend.  I was still 1000 feet below him but I was coming.  I will do this.  With each step I felt stronger and stronger.  I had overcame fear and doubt and would not let my team down.  Finally after what seemed like an eternity (but was more like 1 ½ hours) I could make out a faint light at the top of the meadow.  I had indeed made it and was thankful.  Together we talked and worked on the tasks at hand, living the experience as we went.  The sky was clear and from our elevated location it appeared we could reach up and pluck stars from the sky during the occasional break.  Eventually sometime in the wee hours of the morning we made it back to camp.

I was a better and more capable man because of that night. To some this feat may seem minor or commonplace.   But for me, it proved to myself that I had the strength to accomplish anything I wanted as long as I had faith, kept my head up, and believed in myself. 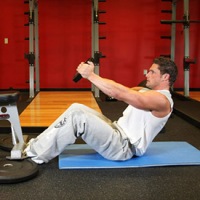