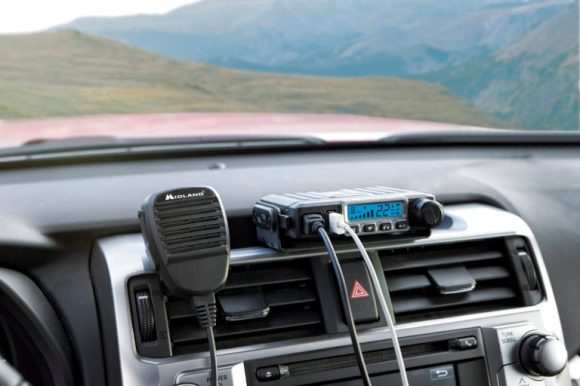 Other than for sustenance, what is likely one of the biggest reasons people hunt?  I’m sure the list is arguable but I’m willing to bet that camaraderie will be pretty high on the list.   Hunting brings people and families together all throughout the year to spend quality time together in the outdoors.  With that, communication among party members is critical for success and often times safety or avoidance of spoiled meat.    The Midland MXT115 MicroMobile Two-Way Radio is perfect for those types of situations.

I’ve become familiar with Midland two way radios over the last couple of years after reviewing the X-Talkers and using them during various hunts.  When I found out they had a radio specifically to keep in the truck I was interested.

The MXT115 comes in a very compact package.  This is not the big CB radio of the past.  It mounted very neatly under my steering wheel and was hardly noticeable.  The dimensions of the tiny radio are 4.3″Wx4.7D”x1.4″H which truthfully isn’t much larger than my phone. 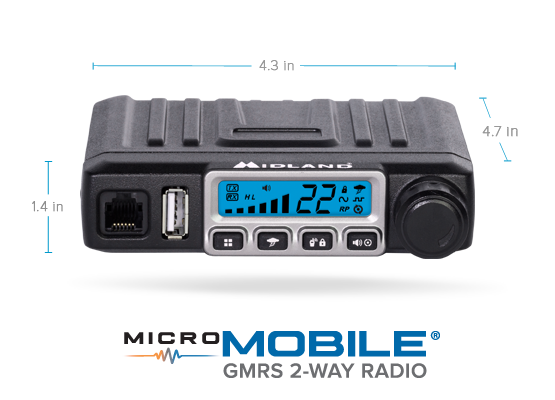 The MicroMobile Truly is Micro and Hardly Noticeable in the Cab of your Truck.

The radio comes with a mounting bracket that can easily be attached to the dash of your favorite hunting rig.  When I say hunting rig that doesn’t limit it to your pickup.  With the UTV’s I see running around this would be a nice addition not only for hunting season but if you do any additional joy riding in the off-season. 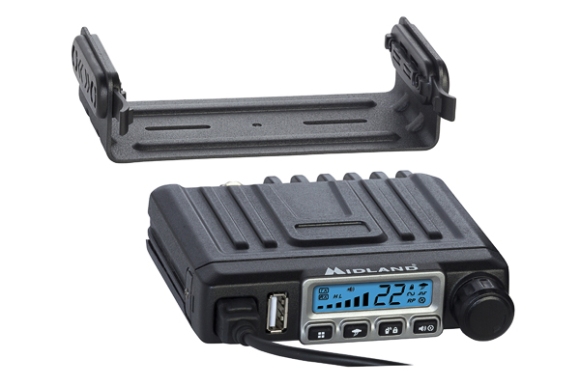 The only thing I would mention is that initially i used the Velcro stickers that came in the pack to attach to the my dash.  It was blistering hot when I put them on and never could get them to stick for an extended period of time.  The two tiny screws that are also provided offered a much better solution for securely mounting the bracket. 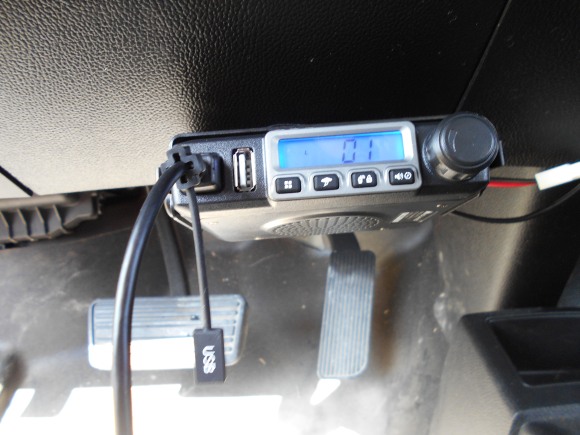 I prefer not to deal with wires any time I don’t have to so I was a little apprehensive at first about installing an electronic device myself.  Let me me tell you, it’s as easy as plug and play.  Plug in the the antenna, the microphone, and then stick power cord in the cigarette lighter and you’re fully functional.  If you’re a little more electrically savvy I’m going to go ahead and say this would be a simple permanent installation to make since there are only a red and black wire you have to deal with. 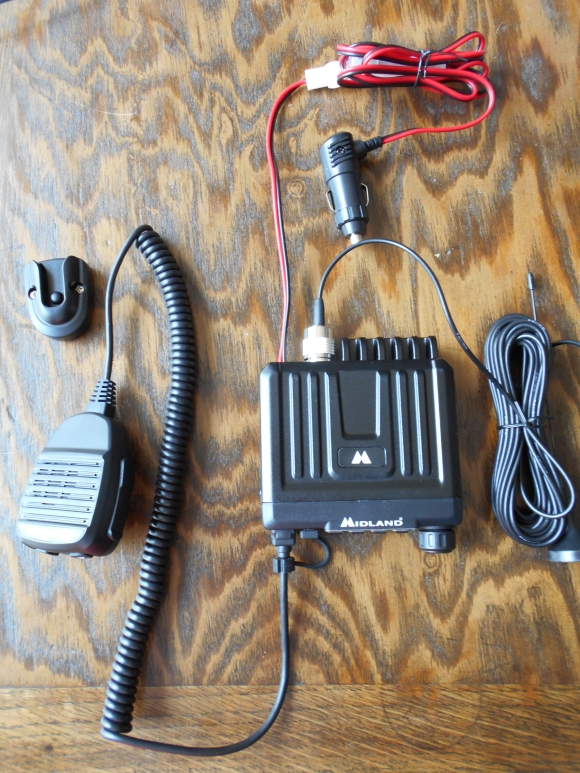 The Simplicity of the Assembly and Installation Makes this an Easy DIY Job.

I haven’t had the chance to test the MXT115 in a mountainous setting but I did convince my kids to hang on to one of my X-talkers while I ran an errand 5 miles or so away.  We were able to easily communicate with one another while they sat at home and I was mobile in the truck.  The specs say that in a perfect situation you could possibly get 50 miles apart and still transmit but in areas with obstructions you’re more likely to get 5-10 miles worth of transmission ability between radios.  Lets face it, if you’re using this radio for your outdoor activities the likely hood of obstructions is pretty high so you can probably expect to land in that 5-10 mile range.

If you only do solo hunts then obviously a two way radio is not for you.  If you do remote hunts with a few other partners then you likely have handhelds you carry with you.  When would you use the MXT115?  I’ve personally had a couple experiences I would have used it had I had one at the time.  I’ve hunted coyotes with dogs in the Midwest in late winter after deer season.  This hunt utilized numerous dogs and several trucks.  The trucks had to stay in constant communication as to which heard or had visual on the dogs and their location.  This would have been a perfect situation for a MicroMobile radio.  I’ve also hunted hogs with dogs…at night.  The ranches in Texas are vast and trucks are often used to keep up with the dogs.  Again, multiple trucks, many dogs, constant communication.  An MXT would have been ideal for this trip.  Another opportunity I wish I would have had a truck mounted two way radio was on a recent trip to CO.  The pavement ended and we were on some very rugged roads heading towards our basecamp.  There were two trucks and no cell service so we didn’t have a means of communicating.  There were a couple instances that it would have been nice to warn one another of a few things and also check on ground clearance and other details of the ride in.

Two way radios can be very useful when hunting with multiple people and vehicles.  If you spend any amount in time in your rig while hunting I’d suggest you give the MXT series a look from Midland.  It was easy to use, a breeze to install, and in the limited amount of testing I was able to due on transmission ranges, it worked just fine.

Disclaimer:  I received this radio at no charge in return for a fair and honest review.  I do not get any additional compensation if you choose to purchase one.  I enjoyed using this radio and hope to get more opportunities to put it to good use. 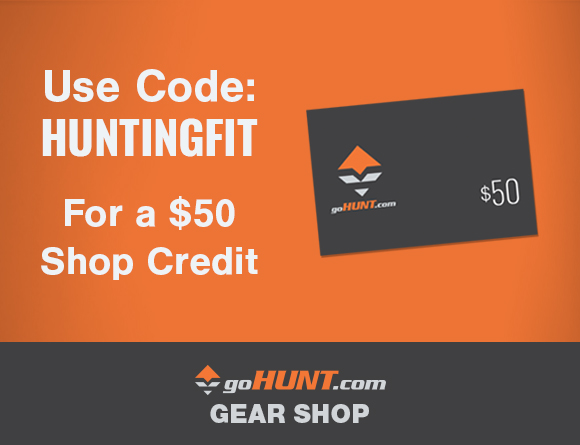 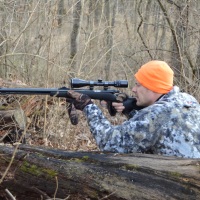 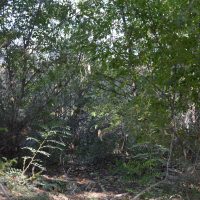 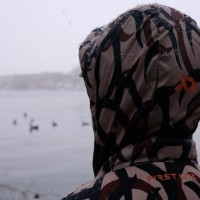 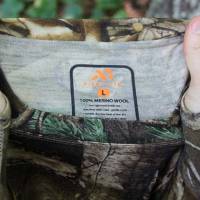 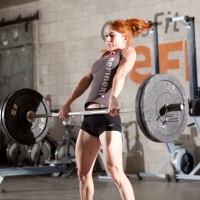 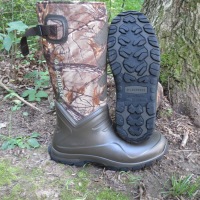 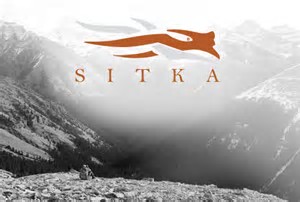